It’s finally here. After the wait, I can no longer say “Sorry for the Wait” like I’m Mr. Weezy F. Baby, himself. My first EP is here for you to take a listen to. It’s about time!

As part of my list of tasks to complete on my bucket list, I can say this has been the most lengthy of things to complete thus far. I’ve caught myself not wanting to finish it a few times, and the production process had quite a few bumps along the way. But I said “eff it” to my woes, and decided to drop what I had anyway. It’s the first of what I hope to be more music projects so I chose not to beat myself up for how it sounds. I know I’ll produce way better material in the future. I’m just glad to have had the opportunity to do something like this. Writing music has become one of my many creative activities I do to keep my mind busy.

So it’s now official; I will scratch off release mixtape off my Bucket List! Yay!

You may download my EP “Songs From Da Dugout” via my Bandcamp page or soundcloud at Alissa Feré. But to make it more easier for you, take a look at the Playlist below and you can download from there. Thanks for listening!

Special Thank You to the lovely staff of people who helped me with this project:

Do you think I should make more music? Leave your thoughts in the comments below.

Well, there’s more of something new from WDAA this week since the release of new works from artists 2 weeks ago. Thank you, thank you.

First release this week came from WDAA’s trendy rapper Quinn Shabaz as he released some new artwork for us to gaze upon. 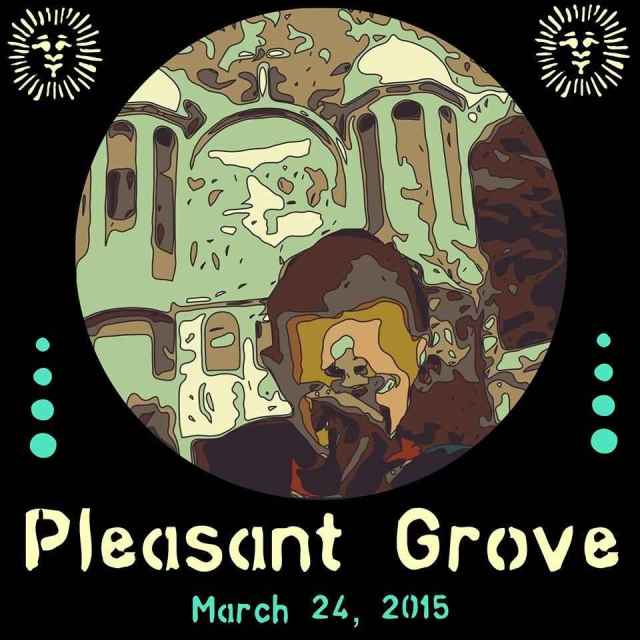 I don’t know what this photo is of but I’m well aware of the date! Haha.

Pleasant Grove is Quinn Shabaz’s new project. We haven’t heard from him since his debut to Doc’s Castle Media in September with his visuals for “Day One” featuring Jimmy Apoet and Leon Dominick. I’m glad to have finally seen he’s doing something new. Let us mark our calendars for March 24, 2015.

Mr. Tony Bonez Sinatra gave us something to hold us over, too. He did promise to release something this New Years Eve. But seeing as though it’s now New Years Eve and there hasn’t been any hint to anything new coming from him, I can assume his music video release to the War Drumz Twitter account is what we should be focusing on for the moment.

“Smoked Out” was put out to the public from the War Drumz Audio Art YouTube channel the day after Christmas. Since then, I’ve watched it once a day. The video makes me like the song that much more.

Do you like this video or song? Leave your comments below.

Ever met a rapper that seems to have a song for every moment in a person’s life? I call those people trendy rappers because they have music for everything, even songs for when you feel the urge to smack someone. This week’s music highlight is Quinn Shabaz.

Quinn began rapping in 2005. That may seem relatively recent being 9 years ago, but he’s musical experiences stretches back to his elementary school days, as he began playing the saxophone in the 3rd grade. By the time he graduated from middle school, Quinn was able to play the saxophone, the drums and the guitar. Like many of other great musicians, Quinn also was apart of his church’s choir. He spent 4 years singing for his church, while he focused on his writing skills until 2012 where he released his first musical project “Alternative Thanksgiving”  with long time friend Leon Dominick. The following year, Quinn released his first solo project “Love&Hooligans” and not too far behind dropped his 2014 mixtape “Good Heart, Bad Habits.”

With only two solo projects under his belt, Quinn is showing us a job well done. When tuning to Soundcloud to find a song to share with my readers, I chose to share the most played. “Gator” is a song about pimp slappin a bitch. I can’t put it any simpler than that. Ha-ha! So if you’re in one of those moods full of pure frustration and can’t seem to let the tension go, I’m sure “Gator” can help with that. Check it out:

But that’s not what I wanted to highlight in today’s post. I wanted to share Quinn’s music video “Day One,” which includes two previously featured artist on Doc’s Castle Media, Jimmy Apoet and Leon Dominick. It’s a song about true friendship and hanging out with people who’s been around since the beginning. I’m talking about those best friends you wouldn’t trade the world for.

Did You see my cameo? Ha-ha!

I really loved what Quinn did by taking it back to those celebratory cookout days in this video. It symbolizes a moment that everyone should experience when people spent time with their loved ones. I’m sure some of you had that experience this week, spending some time with your Day One’s during this Labor Day weekend.

Quinn Shabaz is definitely worthy of this week’s Music Highlight shoutout! I enjoyed every bit of his latest album. To hear more from him, follow his soundcloud at Quinn Shabaz and listen to his earlier works at the War Drumz Audio Art Reverbnation’s page.

The best moment to play Quinn Shabaz’s “Gator” is when…. Fill in the blank sending your comments, below!

Another favorite from “Good Heart, Bad Habits” is Cruise Control. I added the single in one of my fashion videos for Boulevard of Chic. Read Lights, Camera, Fashion! Recap of Boulevard of Chic’s Fashion Show on Doc’s Castle Media.

I felt like I traveled back in time for a few hours to the 1980s yesterday, except there was a slight millennial twist in my Back To The Future moment. I attended for the first time Beet Trip, a beat and rap cypher event held at The Living Well, just few block north of Baltimore’s Station North Arts and Entertainment District. Last night’s event was Beet Trips 15th episode.

I wish I could have had the opportunity to grow up in the 80s to hear MCs battle it out in cyphers to human beat boxers. But the closest I could get to that was last night when I experience young Baltimore MCs form a circle while taking turns passing the mic to exchange freestyles to new age beats created by 3 star Bmore producers. I regret to have not grab such talented producers names or information. But I’m sure to be spotted at this event again. I definitely won’t make the same mistake. If you recognize anyone in any of these photographs, let them know that they’re now Doc’s Castle Media’s anonymous stars!

The atmosphere was, like I said, “old school with a new age twist” and the crowd was extremely exceptional for it to be held in an art gala like The Living Well. I assume Beet Trip was the absolute place to be if you’re big on attending Baltimore Hip-Hop events because I spotted plenty of familiar faces in the Baltimore Hip-Hop Scene. To name a few people: 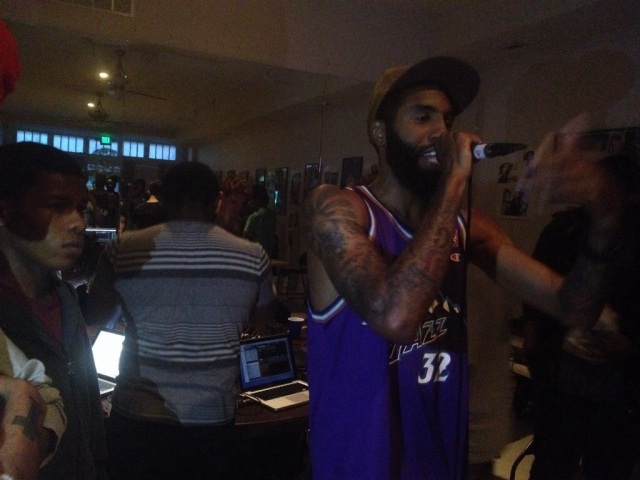 Beet Trip is held every first and third Thursday of the month and it’s only $3 to attend. The next episode will be June 5, 2014. Will you be there?

© Taylor Walker and Doc's Castle Media, 2012-2015. Unauthorized use and/or duplication of this material without express and written permission from this blog’s author and/or owner is strictly prohibited. Excerpts and links may be used, provided that full and clear credit is given to Taylor Walker and Doc's Castle Media with appropriate and specific direction to the original content.