Such a Rush by Jennifer Echols  is about a girl name Leah Jones. Leah lives in a trailer park next to an airport found in Beach Town, South Carolina. She never had anybody to depend on in her life. Her mother was mostly absent in her life, and she never met her real father. In order to not get evicted from her trailer, Leah had to get a job at the airport just to support her mother and herself. The only thing that gives Leah peace is flying airplanes. When she was only 14, she begin to learn how to fly with her flight instructor, Mr. Hall. Three to four years later, Leah has her flying license and is able to work for Mr. Hall’s banner business. When Mr. Hall dies suddenly, Leah is out of a job and her chances of flying is over. Then, two of Mr. Hall sons Alec, the sweet golden boy, and Grayson, the daredevil, take over Mr. Hall business. The Boys asks Leah if she will work for the business and Leah definitively wants to fly. But she doesn’t trust her long time crush Grayson because of his daredevil actions. When Grayson blackmails Leah with one of her secrets, Leah has no choice but to fly. Now Leah’s Life is revolved around the two brothers and anything she does wrong can make her life worse.

Out of an A-F grade average, I gave this book a: 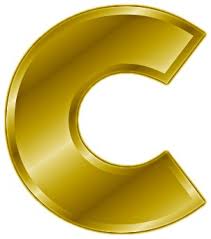 Such a Rush was ok. A book that I could finish but the book didn’t make me rush to finish it. It had a lot twists and drama.  Some people may read this book because some can relate to Leah’s life. Leah is a girl who wants to get out of the hood, she never had a stable family, and she depends on her job to move out.  Jennifer Echols is a good writer but I don’t particularly like her style of writing. One of her books that I read, Forget You was something like Such a Rush. I was also able to finish that book but I didn’t enjoy it that much. Such a Rush is a bit better and I thought it was average.

I recommend this book to people who like Jennifer Echols or people who enjoy sad conflicts with sexual bliss.

© Taylor Walker and Doc's Castle Media, 2012-2015. Unauthorized use and/or duplication of this material without express and written permission from this blog’s author and/or owner is strictly prohibited. Excerpts and links may be used, provided that full and clear credit is given to Taylor Walker and Doc's Castle Media with appropriate and specific direction to the original content.